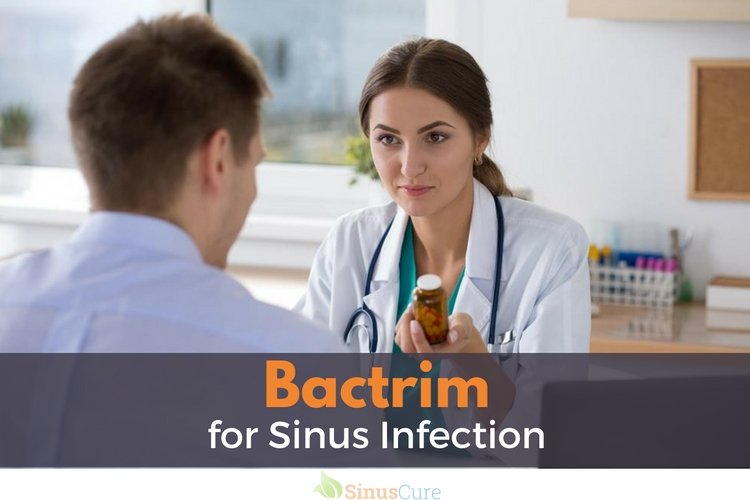 Sinus infections are one of the most common types of infections around the world, and as such, there are a number of treatment options one can look into when afflicted with a sinus infection, otherwise known as sinusitis.

In this article we'll be looking at the effectiveness of Bactrim (also available in double strength, known as Bactrim DS), an oral antibiotic, in treating a sinus infection.

Common symptoms of a sinus infection include a runny nose, a negatively affected sense of smell, painful pressure in the sinuses, watery eyes and a fever. There are over the counter medications that are effective at treating these symptoms individually, but in order to treat the infection itself, an antibiotic is usually prescribed by a medical professional.

Antibiotic treatment is generally a safe option with a high success rate, and a majority of patients who treat infections with antibiotics generally overcome their infections and recover within a few days, depending on the severity of the infection, of course. Usually, doctors tend to prescribe the most popular antibiotic, Amoxicillin, to fight sinus infections.

There can, however be complications when using Amoxicillin; some people are allergic to it, and may experience a negative reaction and potentially severe side effects. Also, it may not be particularly effective against certain strains of bacteria. If either of these scenarios comes up, then a doctor may prescribe Bactrim. Bactrim, a combination antibiotic which contains trimethoprim and sulfamethoxazole, is known to be effective against a number of infections, and even treatment-resistent bacteria such as MRSA.

Despite its effectiveness, however, Bactrim is not as commonly prescribed for sinusitis as other more common antibiotics. Instead, it is usually used for traveler's diarrhea, urinary tract infections, bronchitis, pneumonia and a few other types of bacterial infections. However, if you do wish to take Bactrim to treat a sinus infection, there general length of a course of Bactrim treatment is ten days, but can sometimes range from five to fourteen days, depending on the type and severity of the infection.

As with any antibiotic, it is very important to take it every single day for the duration of the course, and see the course through completely. Stopping halfway through or skipping days could result in some bacteria surviving the treatment, and the infection becoming even worse.

5 thoughts on “Bactrim for Sinus Infections”